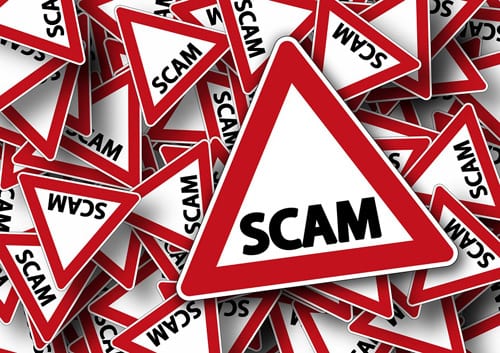 The Real Story – An Investigatory Review of Quibids.com and Its Practices

Qibids.com is a business involved in “Penny Auctions”. This appears to be a form of online gambling thinly disguised as an online auction. Quibids claims people can buy expensive items for much less than the same item could be purchased online, yet outraged Quibids customers are all over the Internet decrying fraud. What’s the truth? How successful was I when I investigated Quibids? It may be important to note that there was a lag between my investigation and this publication. That said, it doesn’t look as though much has changed.

The Quibids system is confusing, and probably by design. Before I can get on with the business of explaining what I discovered, I need to make a few things clear.

To make sense of the Quibids auction scheme, there are three important facts which must be known about each auction: (1) The number of bids; (2) The ending sale price; (3) The value of the item being auctioned (as set by Quibids.com).

If I’m generous, I’ll refer to those that engage in Quibids auctions as “visitors” instead of gamblers, the latter being a more honest title, though most people probably never think in those terms. And, it’s important to note that visitors who “win” an auction don’t actually win the item they bid on. They win the right to buy the item at a set price that correlates to the number of bids an item has received. Each “Bid” increases the sale price of an item by one cent. If an item receives 300 bids, and the auction ends, then the last bidder is able to buy the item for $3 dollars (300 bids X 1 cent each = $3).

That is easy enough to understand. In fact, most auctions seem similar—people bid and the highest bidder is able to buy the item at whatever cost she was willing to pay. Except that in a typical auction, the other bidders lose nothing; they simply don’t win the right to buy an item. At Quibids, ALL the bidders lose money, except the one who “wins,” and the winning bidder, while possibly coming out ahead, may in fact lose money too.

Herein lies the rough, “Bids” cost .60 (Sixty cents each). “Bids” are part of the token economy within the Quibids system. Once a visitor buys some “Bids”, she attempts to strategically place her Bids (think of them as game tokens) on an “auction” with the hopes that she will ultimately become the last person to place a bid token before the auction closes. Because bids cost money, she also hopes that she is not simply a loser, because the losers, or anyone who drops out of bidding, or anyone who simply cannot afford to keep up with the big spenders will receive nothing for their financial investment—that is unless the bidder actually invests enough during the bidding process that she ends up paying Quibids the value Quibids assigned to the item, in which case Quibids allows the bidder to “buy it now” (i.e., simply buy the item at full price).

To complicate things, in yet another way that benefits the house (Quibids), each new token placed extends the timer on the auction so that bidders cannot simply compete to place tokens at the last second.

Are you still a little confused? So was I, but I dove in anyway. First, I bought some “Bids”, and then I placed my bid tokens on an auction—the auction prize was the chance to buy 15 more discounted bids. It seemed like a decent place to start my journey. Instantly dozens of other hopeful visitors were also trying to win the same auction. After placing 15 Bid tokens on the auction, the Quibids system said I had invested as much in “Bids” as the assessed the value of the auction. For doing so, I was awarded the right to pay the “buy it now” price for the auction, and I was prevented from bidding again. If there is anything redeeming about Quibids, it is that their system prevents individuals from spending more on bids than the value Quibids assigns to the auction item. But then again, if they didn’t have this safeguard, they would probably be in jail—and probably should be anyway.

I was not off to a great start in my Quibids adventure. To make matters worse, when I did pay the “buy it now” price for the auction, I was assessed processing fees, making the 15 Bids I purchased from the auction more expensive than buying them from the website cashier.

This made me wonder about the declared value of auction items. Because Quibids allows visitors to buy auction items at the “buy it now” price (whenever the visitor invests the full value of the item in bid tokens), I wanted to know if Quibids’s “buy it now” prices were fair. On several items listed, I compared the Quibids price to Ebay and discovered the Quibids markup was as much as 230% more for the same item. Some margins were better, but in all cases the Quibids prices I checked were grossly inflated.

Even after knowing the Quibids company was inflating prices, I still had “Bids” in my account. I was determined to win something, and win I did! I scored what looked like a big win, but how did that work out for me?

After lurking around for 6 hours, waiting for the chance to get a deal, I noticed that there was an item in the jewelry category that had no activity and would close soon. I placed a bid token and won the right to buy a necklace Quibids claimed was worth about $70. Wow! $70 worth of merchandise for the low price of 1 bid token, .01 cent, and about $10 for shipping and processing. It seemed too good to be true, and it was.

I bought the item, paid the fees, and initially received a note that the item had shipped. Then a day or two later, I received a notice that Quibids could not fulfill the order and they would gladly refund my purchase. Was I surprised? No.

Unlike Ebay and other online auctions, Quibids auctions have only one seller. Quibids sells all the items on its own behalf, and this is not at all like a traditional auction house which sells items on behalf of third parties. Let’s be honest here, Quibids auctions are not really “auctions” at all. Instead, Quibids seems to employ the term “auction” to make it seem less like gambling for prizes.

How does Quibids promote its services to the public? Their advertisements and website marketing show players buying pricey merchandise for very low prices. It all seems very happy and lucky for all the “winners.” On Quibids’s own auction pages, one can almost always see recently closed auctions, which closed for pennies, but when you follow an auction, it’s rarely ever the case. It’s all very deceptive.

During the course of my investigation, I followed one auction carefully—the item was a $2,400.00 camera, and after days of bidding, I watched it close with the sales price listed at about $500.00. What a deal! Someone bought something for a fraction of its price, right? The Quibids site then displayed something like “Joe Blow bought a $2,400.00 camera for only $500.00!” Well let’s see….

Let’s do some math shall we? The total number of Bids placed by visitors corresponds to the “sale price” at the end of the auction, $500.00. Now, remember the bid tokens are applied one at a time and each bid placed increases the sale price by 1 cent each. In this way, we know that 50,000 (just eliminate the decimal) Bids were placed on the auction for the camera. 50,000 bid tokens at .60 cents each is a staggering $30,000.00 (Thirty Thousand Dollars) worth of Quibids revenue for the $2,400.00 camera they dangled in front of all the hopeful bidders. What does this mean?

It means that Quibids took that much money ($30,000.00+) from their pool of members on one item, and they employ this tactic all day, every day, on hundreds of items of various prices. Some users likely placed so many bid tokens on the camera that they ended up buying the camera at Quibids’s inflated price. The poor man/woman who actually won the auction probably spent a fortune, and then had to pay an extra $500.00 on top of all the bid tokens he/she placed, and then incurred shipping and handling charges to receive the item.
HERE’S SOME COMMON SENSE… When a business collects over $30,000.00 from a pool of customers for an item valued at $2,400.00, it is clear that almost all bidders involved, if not all of them, are getting screwed. The only “winner” is Quibids, and they are laughing all the way to the bank.

Quibids has mastered the art of spinning their services to appear legitimate, and has even involved the media. But the good media reviews are now old, and during my investigation I could not find any in-depth reviews which were positive. Even the Accounting firm that supposedly certifies the ethics of the Quibids business states clearly that they cannot test the legitimacy of the services.

It is not even clear to me that the “bidders/users” on the Quibids site are all actual visitors. There seems to be some trickery going on. You may remember me telling you earlier that while testing the site, I entered into an auction to “win” a voucher worth 15 bids at a discounted rate. I could only place 15 bid tokens before the system kicked me out and would not allow me to bid again (offering me the “buy it now” price option). However, after I was prevented from placing more bid tokens on the listing, I sat and watched other individual bidders place 50+ tokens on the same auction. I suspect they were computer generated shill bidders.

The only reason I can imagine that some users could place 50+ tokens would be because they weren’t real users. They were a programming ploy to artificially drive up the overall token pool (shill bidding on behalf of Quibids), making it appear the auction was closer to closing, and causing the discount price to be higher at the end. Real users should have been prevented by the software, as I was, from placing more than 15 bid tokens. Also, a real user would not place 50 bid tokens on an auction in an effort to win 15 of the same tokens. It’s very suspicious.

After my investigation, I asked Quibids to refund my unused bid tokens. They did refund some of them, but claimed that some were not redeemable. According to Quibids, the Bid tokens I paid the “buy it now” price for had no cash value. Only the tokens I bought from the cashier could be refunded. When I pressed the issue, suggesting I could charge back the fees, they threatened to ban me forever. I don’t think it will be an issue; I won’t be going back to Quibids.com.

After a full investigation, using real money and engaging in the process, it is my considered opinion that Quibids is unethical and untrustworthy, not to mention massively expensive—a sink hole into which people who flunked math throw their money.

It’s clear to me that this business is a scam. It’s equally difficult for me to imagine that Quibids is operating legally. In my opinion, this is the most corrupt business model I have ever witnessed online. I would advise staying away from Quibids, and I urge you to warn your friends. 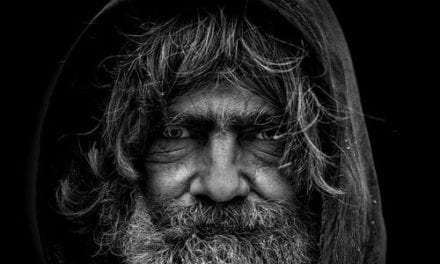 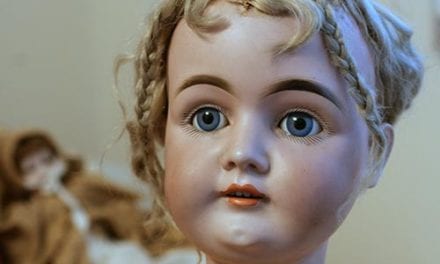