I met Big Sky when I was 14. It was the only family vacation we ever took, the one to Glacier National Park to “see the bears.” The road from Indiana to Montana seemed to last forever and transform along the way—a landscape distorted by waves of radiating heat, a kind of rippled reality through the dirty windows of our station wagon. The day before we arrived at the park, we slept beneath the stars at Bowdoin Campground, a family oasis on the outskirts of a Wildlife Refuge in Montana. I remember the tumbleweeds there, thinking how strange it was that they really existed, and that they did tumble. The earth at Bowdoin was mostly clay with smatterings of scrub brush, possessing contrasting greenery near the lake, a kind of Montana sanctuary breathing life into a great expanse of nothingness. When we rolled in, there he was, covered thickly in white clay, dancing around a yellow drum, kicking up dust and chanting, “Heya heya, heya heya, …” His name was Big Sky, the only Indian I have ever met, the only first-hand understanding I have of Indians, and he still lives in my dusty memories today.

My sister and I were absolutely useless when it came to camping. We did not cook, and if we were asked to help we usually made a mess. To this day I cannot set up a tent, and thinking back, it’s really just dumb luck that we managed to survive camping with my parents because my father looked as though he might snap at any moment—the headlines would read, “They Deserved It!” We were miserable girls—we complained all the way to Montana, and when we got there, we only complained louder. It was inevitable, the moment when my father told us to go “check out the campground” which was an unmistakable replacement for the words I could see in his eyes, “If you don’t get the hell out of here something very bad is going to happen.” My sister, Trish, was 17, and I was thrilled when she suggested we go check out the Indian we saw when we arrived. I took every opportunity to follow her around.

We wandered around the campground until we saw the Indian. He was coming out of the bathrooms near a portion of the campground where the RVs were parked. The Indian had taken a shower and looked nothing like the primal clay figure we saw earlier. He was about sixteen with dark eyes, almost black, and his wet hair extended to the small of his back. He wore acid-washed jeans and a Whitesnake T-shirt with one sleeve rolled up to carry his cigarettes. He had an armband made of copper and Adidas high-tops with an eagle feather stenciled on the side. In short, he was the single most beautiful man I had ever seen. I was awestruck by his exotic nature. I felt a stirring inside me that seemed to radiate throughout my body and terminate in a tightening of my jaw—when my sister called to him and struck up a conversation, I just stood there, unable to speak, gawking at him like some kind of gangly-mute-zoo-visitor with coke-bottle glasses and weak knees. When he said his name was “Big Sky” I knew he was a real Indian; this handsome hunk of sixteen-year-old manliness was rugged and dangerous. In short, he was the single most important person in the world, despite the fact that I could not muster the courage to join the conversation or even make a grunting noise to signal my presence.

Trish was prone to fearlessness, and before I knew it she had agreed to go with Big Sky to Goose Island Pond, a place the local teens went to party and get away from their parents. Big Sky went to get his car and Trish prepped me for the night, “Just keep close to me, and don’t drink anything you are offered. This is going to be fun, but don’t tell mom and dad or I’m never taking you with me anywhere cool ever again.” Then, there he was, Big Sky, driving an old Lincoln Town Car with a reddish-orange interior. The back was full of other dark-eyed teenaged boys, but the front seat was open for Trish and me to ride as guests of honor. This was a defining moment in the lives of my sister and me because for the first time in our lives, I made an effort to get the guy. I leaped into the car before she did, assuring that I would sit beside Big Sky, and Trish looked bewildered. She couldn’t say anything and risk looking too eager, and she had never seen me step forward like that. I imagine she was feeling mixed emotions of pride and frustration but whatever she felt, she got in and closed the door.

Big Sky pressed an 8-Track tape into the dash and it started playing Indian Reservation by Paul Revere and the Raiders. As the music blared, “Cherokee people, Cherokee tribe. So proud to live, so proud to die…” we drove to the pond. The lyrics only made the whole moment more exciting; I even managed to open my mouth and sing along while I thrashed my head back and forth, slinging hair into Big Sky’s face until I noticed he was holding up his arm to protect his eyes while he drove. In that moment the 8-Track paused to switch tracks, and Trish offered me a piece of gum. It was like a life preserver against the awkward moment when everyone realized I was spazzing-out over the song. I put the gum in my mouth and began to chew, and a few seconds later I felt Big Sky’s fingers on my lips. My mouth opened obediently and he slid two fingers inside. My heart immediately lurched in my chest as Big Sky took my gum and placed it in his own mouth. He looked into my eyes to see my reaction—Big Sky was looking right at me, right through me into my soul! He had my gum in his mouth—my spit was in Big Sky’s mouth—in that moment it occurred to me that this was so intimate, so sexual, it was like we were kissing, like the whole world had stopped while this gorgeous Indian and I locked eyes. That moment was so profound, so intense; it is forever frozen in my mind. A moment later Big Sky rolled down his window and spit out the gum, “Spearmint?” The spell was broken but the magic of that moment will probably remain the single most sexual experience of my life.

We arrived at the pond there were groups of teenagers milling about. A few of them had beer, and some were smoking cigarettes. A boombox was blaring Rock You Like a Hurricane by the Scorpions. Big Sky lead Trish and me to a small fencerow where we could see everything. He lit up a cigarette and seemed to ignore us for a few minutes while his friends came around engaging in some elaborate handshake, asking him how much tourists had given him for dancing at the campground. I felt the urge to use the bathroom and the words fell clumsily out of my mouth, “Big Sky, where can I go pee?” I knew immediately that was wrong. I should have been more eloquent, not painted a picture of me squatting in the bathroom. I instantly wished I could take it back, but before I could he smiled and told me to follow the path to a Porta-potty.

I wandered down the path that trailed between the ponds for almost 10 minutes until I saw a portable bathroom scrawled with graffiti. I went inside and relieved myself but also managed to get some kind of grease on my arm, which I tried to clean off but it only seemed to spread like leprosy all over me, even onto my face when I moved my hair out of my eyes. I could not return to Big Sky like that, and eventually I sacrificed my socks because there was nothing suitable to use for a washcloth. After some time I finally got clean and threw the socks into the bushes. I wandered back up the path.

I had been gone more than half an hour. When I came back Big Sky was sitting on a bench talking to Trish. Her hands were on his thighs and she was facing him, talking to Big Sky with her traitorous face only a few inches from his mouth. Big Sky wrapped his scrawny arms around Trish, cupping her ass. My heart sank. I couldn’t even bring myself to go all the way up to them. I just wandered around, trying to look like I fit in, catching glimpses of them out of the corner of my eye for what seemed like ages, trying not to cry.

I noticed the way Big Sky wore Adidas; his shoes were made in China. This “Indian,” and where was his horse? Why did “Big Sky” drive an old Lincoln? His armband was copper, not silver, and he smoked generic cigarettes because he was too poor to buy Marlboro. Big Sky was no Marlboro Man. I was looking with new eyes now; the rippled world was being ironed in my mind. In that moment, I could see that he was just a pimple-faced sixteen-year-old poser who steals gum from young girls. Today, when I see a Lincoln Town Car, I cannot help but imagine Big Sky living in a broken-down trailer somewhere in Montana, drinking a Big Gulp and buying Indian drum-replicas on Ebay. 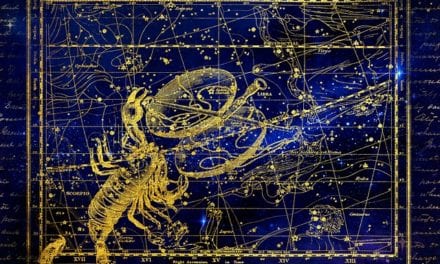 The Lost Belt by Jamey Genna 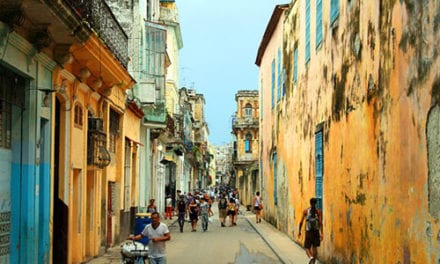 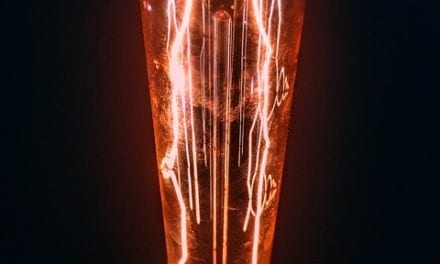 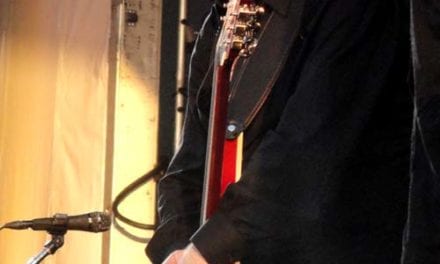