Letters from the Dead By Christopher Love 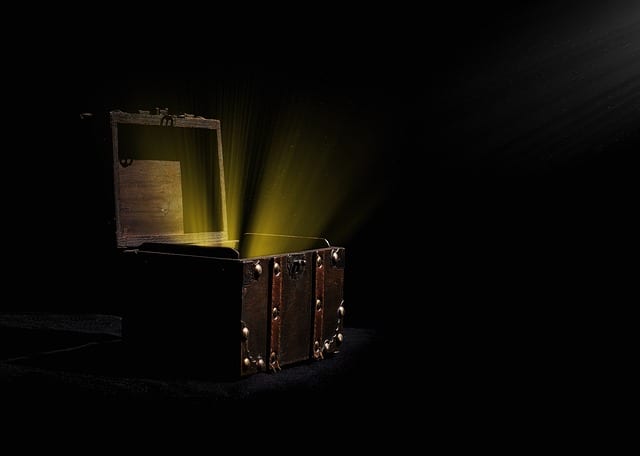 In the late August of 1944, my great-grandmother received a letter from my great-grandfather. He was already dead. He’d been killed a month or so earlier in the Normandy invasion. The letter became the headstream of our family legend, and its haunting aura was intensified, in part, because she was the only one who had ever read it. But another reason for the enduring power of its ghostly, romantic magic was that it was kept in an antique music box which had not been opened since—to anyone’s guess—the day my great-grandmother encased it there shortly after having received it. How many times she read it before placing it in its little coffin, one could only imagine, and whether she secretly opened it, read it, traced the handwriting with the tip of her finger as if to caress her dead husband, or held it close to her body throughout the years is also a vignette to be pondered.

Before she passed in 1966, my great-grandmother bequeathed the miniature treasure to my grandmother. It became a holy shrine that all the family honored. Out of respect, my grandmother vowed never to read the letter and forbade anyone else to read it, and my great-uncles chivalrously guarded it as if it were the Holy Grail. One of them even rubbed the music box for good luck just before he went to Vietnam. It must’ve worked because he made it home.

I first saw the music box in my grandmother’s house. She had a tall, glossy wooden vanity chest, and the box sat on top of it, flush against the protruding mirror. I’d dare my little sister, Hannah, to open it, telling her that a ghost lay trapped inside. I’d lift her up, and she’d reach out her fleshy hand and snatch it back just before the tip of her stubby finger could touch the brass key. In my childhood, during holidays, when we used to get together, the music box and its veiled story never failed to evoke a wellspring of recitals of engagements, marriages, and births that filled our family’s lore.

The box and the letter then passed to my mother when my grandmother died in 1998. So, the tradition of the box being passed to a daughter had been established, and because my mother was the eldest of two daughters, it was implied that the future inheritors would be firstborn daughters. When it came to our home, I was a teenager and had little interest in family heirlooms, especially as my mother’s own nuclear family was falling apart. Besides, I was not the one to inherit it, and I don’t believe that I ever thought of the little box again—that is, until, out of the blue, my sister, Hannah, called me on the phone.

My mother had died of cancer in 2014. She lived alone. My parents had divorced when I was in high school, and she had married and divorced within five years after that. I hadn’t seen her much since I left for college. Her new husband and I never got along, and even after she left him, our rift didn’t heal. The cancer struck quickly and viciously, and Hannah and I, her only two children, did at least scramble to comfort her in her final months.

I hadn’t spoken to her or seen Hannah in some time. She was younger than me by four years, and we hadn’t been close as adults. I wasn’t sure how she got my number, and when she called, I was too embarrassed to ask.

She said, “I want you to have something of Mom’s.”

“It’s a silly tradition. It’s got a letter from the war in it. You know like World War I or whatever. From our grandad or something to our grandmother.”

“That’s impossible. World War I was a hundred years ago.”

“Ok, World War II or one of those wars back then.”

Then it hit me. “Ahhh, I know what you’re talking about. Our great-grandparents.”

“I thought it was like a girl-thing, mother-daughter stuff.”

“I don’t have a daughter, genius.”

“You’re not even thirty, right? You might one day.” Hannah had dropped out of college. I had no idea what she did for a living. All I knew was that she was single and lived in Nashville, and the last time I saw her she had pink and green hair.

“Maybe, but I decided I don’t want it. It’s just been sitting in a box all these years. Even Mom had it in a box. You know, I just don’t care about things like this. Family stuff.”

“Sure, I’ll take it.” I didn’t care much for family stuff either, but I was curious to see it.

She asked that I drive up from Memphis to her Nashville apartment as soon as I could, but soon would have to be a few weeks. Eventually, I made the three-hour drive. She gave me a clumsy hug. Her hair looked like a mangled rainbow. I squeezed into her cluttered apartment. I learned that she was trying to be an alt-country singer, whatever that meant. We didn’t know what to say or how to behave. I returned that night.

I didn’t hear from her for a while after that, and I made no effort to follow up. And then, about two months later, she sent me a text:

I tried to call her, but she didn’t answer.

I messaged my Uncle Greg, asking about the music box and the letter, and he sent a narrative about its history: the details about the origins of the letter, my great-uncles’ guardianship, and so on. He was dismayed that Hannah had given it to me but wrote: “At least she didn’t throw it away.”

A few more months passed, and I didn’t hear from Hannah. Then, out of nowhere, she called.

“Sorry about what?” I asked.

“Something really freaky happened. And… well…”

“I wasn’t supposed to. Mom told me never to open it.”

“You don’t get it. She made me promise her before she died.”

“No, it isn’t. I couldn’t even do that for her. The cancer.” She was choking up. “We couldn’t do anything for her. And she knew it. But the one thing that I could do for her, I didn’t.”

There was a long pause. I didn’t know what to say.

She sniffed a few times, and resumed, “I don’t know why I did it. I didn’t even care what was in it. I wasn’t even curious. And maybe that’s what upsets me—that I didn’t care, and because I didn’t give a shit, I opened it.”

“Look, I guess we never had this moment. We didn’t grieve together. And it’s coming out now. All we have is the two of us in our lives.”

“No, you don’t understand. There’s something else.”

“You’re not going to believe it.”

“Dammit. From Uncle Greg?” I wasn’t sure why I said his name. How would he know that she opened it? Or maybe it was just a coincidence that she got a letter from him. I was confused. She grunted, sounding as confused as I was. “After you gave the box to me, I messaged him about it. I don’t know; I’m just guessing.”

I heard her suck in a deep breath and heard the spittle gurgle in her throat. “No! From our mother!” she screamed.

I exhaled and the phone slipped from my hand. I caught it before it fell to the floor.

“What are you talking about?” I finally asked.

“It’s sitting on the table. I’m staring right at it. I guess she wants to tell me something.” Her voice shook.

“I got a letter in the mail. It’s in an envelope. My address is handwritten. There’s no stamp on it. It just says, From Mom. Same handwriting.”

“Is it her handwriting?” I asked. My question sounded ridiculous to me.

“I don’t know. It could be. I don’t remember her handwriting.” She gasped. “I held it up to the light. There’s a handwritten letter in there. What does she want?”

“You never opened it?”

“The letter from our great-grandfather. Did you read it?”

“I unfolded it. I read the first few lines and then the music started playing. It was eerie. I got scared, put the letter in the box, and shut it. I went from not caring to feeling guilty. Like I committed some horrible crime. And I felt bad the whole day, then got over it real quick. I even laughed at myself for feeling guilty. But then this letter came.”

“No one knew. I didn’t tell anyone. I didn’t even tell you. No one in the world knew I even had that box.”

“Uncle Greg and some of the other family…”

“We haven’t seen them since Mom’s funeral. Even so, how would they know I opened it, and damn, why would I get a letter with ‘From Mom’ on it?”

“You have to open the letter,” I said.

“I can’t. I tried. Even the day I got it. Then I put it away and you came and got the music box. Then I felt guilty about passing it off on you. I’m sorry.”

“There has to be a rational explanation. You have to read the letter.”

“I’m not going to. Can you come to Nashville?”

After I got off the phone, I concluded that Hannah was not right in the head. Our mother was dead. Our dad was not much in the picture. And her life was going nowhere. I felt bad for her and thought maybe I should make more of an effort to stay in touch. But I blew my chance.

Some months later, I got a call. Hannah had overdosed on pills. They weren’t sure if it was accidental or intentional. I tracked down Dad, and we negotiated the funeral arrangements. He tried to get off cheap, but I laid into him, and got him to split the costs. A few relatives showed up. Uncle Greg couldn’t make it. Dad and I shook hands. It was the first time I’d seen him in a few years. We didn’t have much to say.

A few weeks later, I saw the music box resting on a chair in the corner of my office. I figured I’d just give it to Uncle Greg or somebody. But then I thought I’d just see what it was worth and either sell it or toss it out. I turned the dull, amber key. It clicked and the top popped open. The letter lay in a tightly folded rectangle, so I grabbed it and tossed it on the bed. I examined the music box. Its burnished mahogany was dressed in panels of mother-of-pearl. Lithe angels blew tiny trumpets and baby-faced children fluttered in a rolling green field. I turned toward the letter. I stared at it for a moment and picked it up. I unfolded the yellowing, delicate paper, and my eyes traced the graceful cursive and surfed along the wavy script. I heard the chimes of the old music box behind me; they tickled the air. I turned around and saw I’d left the lid open. The music jingled and the tinkling notes hit like a tiny golden hammer pinging against a drum of jewels. I folded the letter and placed it back into the box and closed the lid. I decided I’d figure out what to do with it some other time.

A week later, I was sorting through my mail. Junk, bill, junk, bill, junk. Then I noticed a handwritten envelope. I stared at it for what seemed forever. It was addressed to me. And in the top left corner, in fresh blue ink, it read: From Hannah. 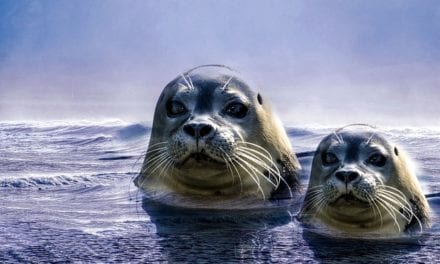 The Start of Something by Mark Plummer 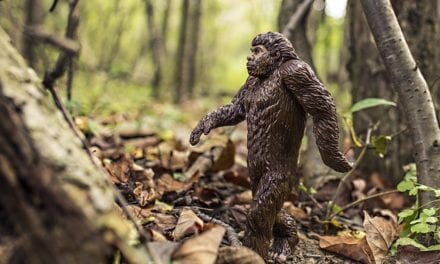 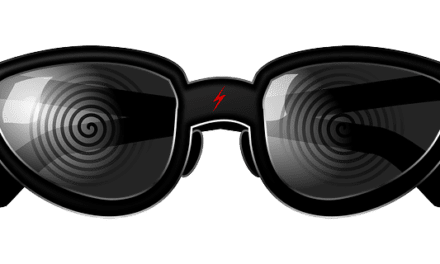 Taking the Cake for Granted By W. M. Rivera